Concerns about this site

(Apologies in advance if I seem to wander in this post. I'm having a multitude of thoughts and I'm not quite sure how t organize them)

Ever since I've joined, I've been a bit uneasy about this site. Mainly, I couldn't exactly see what niche it filled.

Firstly, the site was already a strict subset of Physics. Scope-wise: 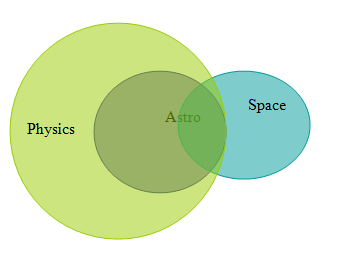 Which is not a complete disaster, because the audiences may not match. However, audience wise: 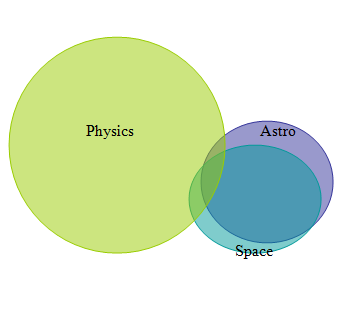 From day one, I kept feeling like I was on Space.SE. The audience felt the same, the users were the same, and since both sites were on the beta theme, I couldn't tell them apart. At all. I still get confused as to which site I've seen a particular question on.

This actually partially answers the question about the niche it has to fill. Astro.SE seems to fill the niche of an enthusiast astronomy site pretty well. This was part of the initial motivation for creating the site.

But the site can't just be an enthusiast site. SE sites traditionally are geared towards expert questions, and we need those too.

Which makes me question where this site stands, again. ChrisWhite (an astrophysics grad student and Physics.SE high rep) managed to put some of my uneasiness into words:

i would join if it were just amateur astronomy and such (maybe a place for purchase recommendations like photography.SE)

but I don't condone their "and astrophysics" bit

The site was started with the intention of having a place for astronomy away from Physics.SE. This starts conflicting with the expert portion of the site.

One major issue is that if the site goes public, are we going to have enough expert questions? Physics already has quite a few astronomy/astrophysics experts and most questions asked there get answered beautifully. If someone wants an expert answer, why would they not just ask there? While we can seed the site with expert questions right now, that is not sustainable.

One idea that comes to mind is to merge this (both content wise and scope wise) with Space Exploration, creating a site about Space in general. The communities are already very much alike, and I don't think that the scope merge will be a big issue. With Space Exploration, this site has a much better chance of survival.

Any thoughts on the matter (in general, not just merging with Space)? What exactly is the purpose of this site?

Thank you for the Venn diagrams. They are interesting and on point. To the extent they mesh with observed reality, they represent a critical flaw in the current makeup of this site. A site may very well overlap completely in scope with another site. (Case in point: Ask Ubuntu and Unix & Linux.) Or a site may share an audience. (Too many examples to list.) But if a site overlaps in scope and audience, it's hard to determine how it will sustain itself.

However, the example questions that defined the proposal fail to be a proper subset of Physics. I see some overlap with Physics, a little with Space, and a tiny bit with Photography. The bulk of the questions fill a gap between these topics. The proposed site seemed to be directed toward an audience that reads Sky & Telescope, Astronomy Magazine, Discover Magazine, and the Science & Astronomy section of Space.com. Yes, such a site would overlap with several sites in both audience and subject matter. But it would be a clear niche.

The Astronomy beta was ill-timed since it followed so closely on the heels of Space Exploration's launch. It should not be a surprise that those sites share so many users. It also is not a surprise that Physics users have taken an interest in a site that, in the eyes of many, carved out a chunk of that site's topic. I don't think this site needs to be built for the sorts of experts who are paid to do research. I think the Sky & Telescope crowd are interested in a technical site, but not necessarily an academic one.

A couple of concerns I have related to this site are:

Looking at the front page just as an example - as this is the first thing that would be seen by any visitor - we do have quite a number of interesting and thought provoking questions - many are either not-so-easily google-able, and some of the ones that are, turn out to have answers that are not as straight forward as one might think (e.g. "Which is the nearest exoplanet?").

Also, I am not sure about this, but many seem to be missing the fact that our knowledge in astronomy is changing with new discoveries, so what may seem mundane (and 'google-able') now may be the focus of answers about something new.

Not the answer you're looking for? Browse other questions tagged discussion scope .

18
Let's ask more meaty questions!
5
Is the topic scope too confusing for new users?
2
Is there a key argument for not merging Astronomy and Space Exploration Q&A sites?